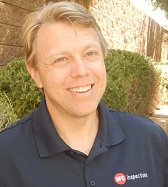 
Kevan resided in Illinois since 1986 and now lives in Nevada to be closer to family.

Kevan’s beginnings with the home inspection industry began in 2003 with a high-end construction and inspection company (located in the State capital of Springfield, Illinois).  This allowed him both field and technical experience at the onset.  During this time, Kevan diligently volunteered his way up and became President of the Central Illinois Chapter of American Society of Home Inspectors. Later, Kevan was hired for a State run Community Weatherization Program (located in Bloomington Illinois), which allowed him to be the lead inspector and ultimately Manager of the Program and advance his background in the home energy and audit field. Furthermore, Kevan built is own home inspection practice that included assessments for major nationwide Relocation Services. With thousands of inspections conducted, his attention to being your eyes and ears on the ground is well established. His report will be educational, understandable, and useful for your purchase.

Kevan attended the Midwest Inspectors Institute in Illinois in 2003 and Key Realty Group in Nevada in 2019. He has a college degree in Psychology from the University of Illinois.


When not inspecting, Kevan is an outdoor adventurer with leanings to the hiking trails and biking with family.  When inside, he engages in woodworking projects, stain glass, and music (keyboard/guitar). He enjoys watching comedians. Interesting facts: Kevan spent time in South Africa on a musician’s missions’ group project. He has performed multiple home inspections for the St. Jude Dream Home Giveaways.