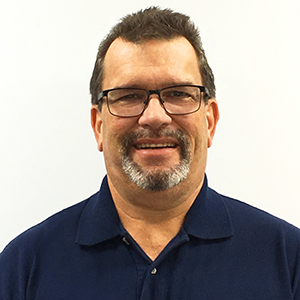 Scott was born in Middletown, Ohio and moved to Georgia when he was three years old. Except for his Army tour, he has lived in Georgia ever since.

Scott’s father, an Architect, gave him his first hammer on his 5th birthday. This started Scott’s love and involvement in the construction industry. The years that Scott served in Residential Construction were successful and rewarding. However, when he found the Home Inspection profession, he knew he had found a home. Scott has been an Inspector for 23 years and has been a home inspection educator for the last twenty years. He has been the Lead Instructor for The ASHI School in Georgia since 2016. With his longevity in the industry, he enjoys giving back. For most of the last 10 years, Scott has served on the ASHI Certification Committee representing the ASHI ACI credentialing and has served for as the Education Chairman for ASHI Georgia. In 2018, he started serving as an ASHI Council of Representatives (CoR) and the CoR Southeastern Group Leader. Scott looks forward to serving his clients with the same dedication and passion as he has served his industry.

He attended Mercer University; however, he could never put his hammer down long enough for him to complete his degree.

His first child was born just before his 40th birthday and he has been blessed that his son and daughter have been his hobby for the past 16 years. Mostly through Scouting; his son is a life Scout working on earning his Eagle Rank. Scott serves as the Troop’s Committee Chairman and an Assistant Scout Master with National Youth Leadership Training. His daughter has earned her Silver award in Girl Scouts and is working on her Gold Award and he has been honored to have served as her Troops Cookie Manager. Scott and his wife feel incredibly blessed to be so involved in their kids’ lives.

Scott does a very thorough job and explains his findings so anyone can understand what he found and any ramifications that could occur.

Scott is extremely knowledgeable. He took the time to explain many aspects of his inspection per the home and consequently I learned for him. In a follow-up phone call he answered all of my questions. I rate him 'A' Plus !!

Scott Johnson our home inspector was extraordinary. After 50 Yrs of business experience We appreciate having someone with his knowledge and skill set inspect our home. Scott answered all our questions. He was patient and thorough. A true Professional at his Craft. We will never buy another home without Scott being the Inspector!!!

My inspection was wonderful. Scott always answers all of my questions and really takes his time to inspect every last detail.

Scott does an amazing job. He is also great at explaining to clients and keeping clam and comfortable about the results good or bad